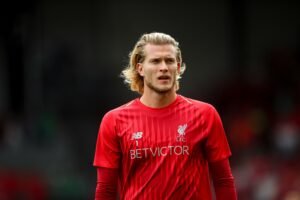 Belgium news outlet VoetBal24  claims the Hammers are interested in signing the  Liverpool goalkeeper when he returns from his loan move at Besiktas this summer.

Besiktas have the option of turning Karius’ loan into a permanent deal for just £7.25million but they are not planning to trigger the clause, reports claimed last month.

It also suggests that they would face competition from Sporting Lisbon and Anderlecht.

Liverpool completed the signing of Karius from Jürgen Klopp’s former club Mainz in £4.7m deal in 2016 with a view of him becoming the number one keeper.

Karius was dropped at Anfield last summer and replaced by Alisson after his mistakes cost Liverpool two goals in the Champions League final against Real Madrid.

Karius is in the second season of his two-year loan deal, but seems to have failed to convince the Turkish media of his abilities between the sticks.

Karius was widely criticised in Turkey throughout much of his debut season, having made a number of high-profile errors for Besiktas.

The report seems a strange one with Darren Randolph the understudy for Fabianksi with David Martin and Joseph Anang waiting in the wings.

We don’t need another Roberto so we are going to take this rumour with a very larger pinch of salt.

← Report: West Ham back in for Barcelona striker
Eight West Ham players self isolating with symptoms →
Click Here for Comments >