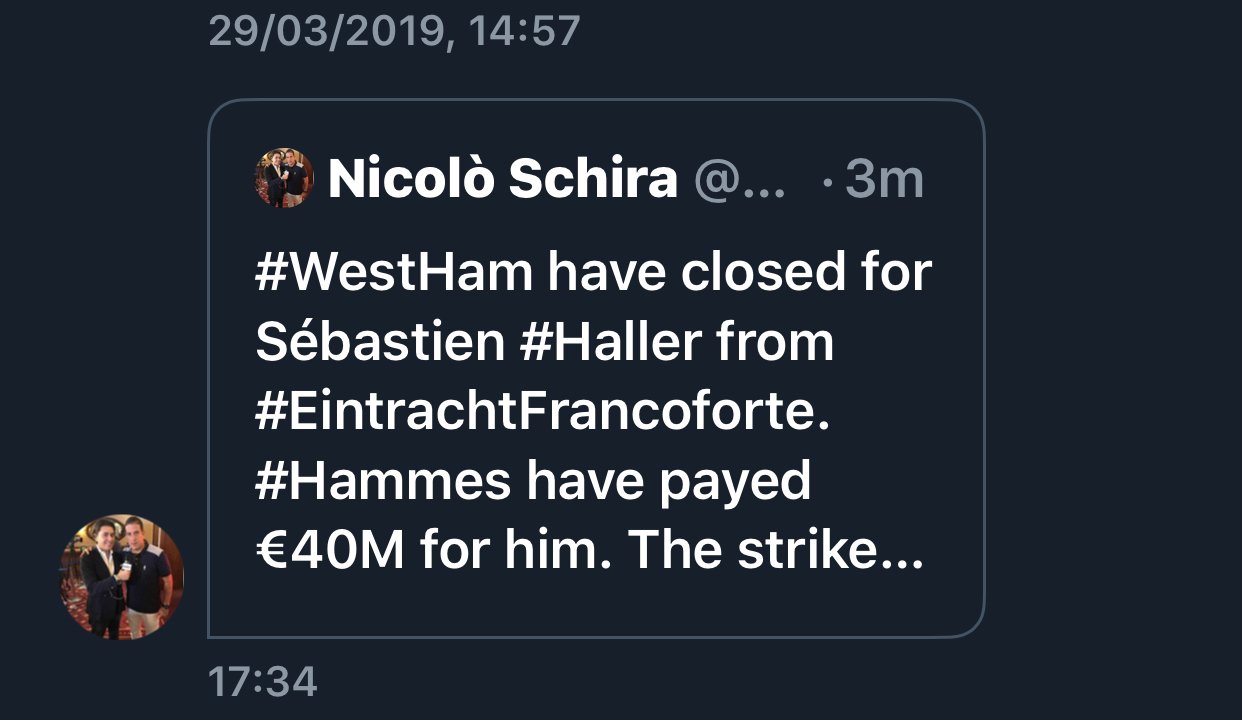 West Ham are tonight being reported as being close to doing a deal for Eintracht Frankfurt hitman Sebastian Haller.

The news has been broken by Italian journalist Nicola Schira of Gazzeto Dello Sport- a guy with a decent record on top transfer news.

Haller, who has two years remaining on his Frankfurt deal, gave little away when questioned about his future earlier in the week. 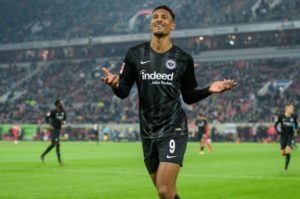 He told Kicker: “I’ve heard many things about my future, but nothing new happened. I’m here and happy.  That cannot mean anything and everything and I have said before that life is about opportunities.”

He added:  “Even if there was an offer, only the club and I would know.”

Interestingly the news broke just after freelance journalist Richard Jones in looking at targets who might interest the Hammers gave him a 10 out 10 rating on ClaretandHugh.

He wrote:  “He thinks quickly, a lot quicker than most strikers do. He’s good with both feet, has the cheek to score penalties with both feet. He’s tall and strong, holds up the ball very well and is also good at playing runners in.

For a big guy he is pretty agile, scored some overhead kicks, technically can pull off some nice goals! For the type of Striker Manuel Pellegrini seems to desire, I personally cannot think of anyone better.

He’s a calm collected finisher, in his overall play there is a touch of class to everything he does.

If Frankfurt would sell at a price of 30-40m he would be well worth the money.”