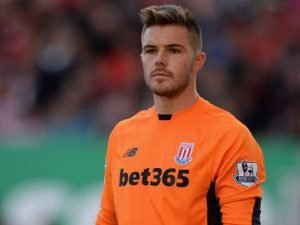 A report by the Daily Mail has suggested the owners remain as big admirers of Stoke City’s Jack Butland and that he could be signed as a replacement for Fabianski. Butland has long been linked with West Ham and his name is recycled in the run-up to every transfer window.

Fabianksi has over one year remaining on his contract until June 2021 and the club holds another 12-month option on the keeper which would take him to 36 years of age.

West Ham has Darren Randolph and David Martin in reserve and technically Roberto is still a West Ham player on loan to Alavés for the remainder of the Spanish season.

The Hammers have high hopes that either Joseph Anang or Nathan Trott will break through before Fabaisnki hangs up his gloves.

Butland has not been in the best of form for Stoke City this season and was trolled online for several mistakes which cost his team dearly.