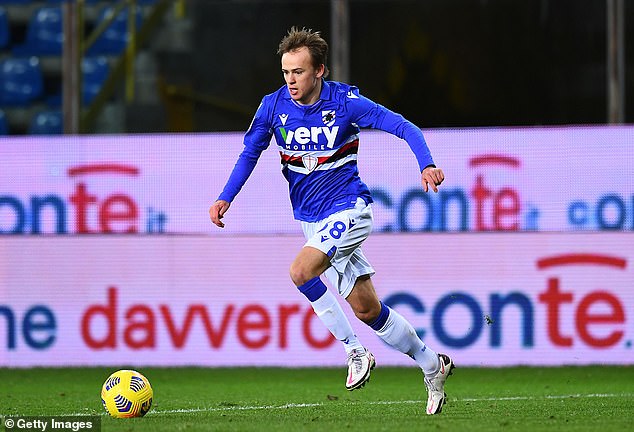 West Ham are tonight being reported as being ready to to rival Tottenham, Juventus, Southampton and Leeds  for Sampdoria winger Mikkel Damsgaard.

The 20 year old has scored two goals and provided four assists in 21 Serie A appearances and should the club sell Felipe Anderson he would become a serious contender for the left sided berth in the team.

He has three years left on his Samp deal but is attracted to the Premier League and may see the Hammers as a team in  which he can gain immediate first team football.

He is valued at around £7m by https://www.transfermarkt.co.uk/mikkel-damsgaard/profil/spieler/540941    although should interest be maintained from the other interested clubs that could rise to around £12 million.

However, should he become a Moyes priority target the club is armed with the money from the Seb Haller sale and will also be looking to get around the same 23 million for Felipe Anderson.

Damsgaard made his breakthrough into senior football at Nordsjaelland before making the switch to Sampdoria in February last year.

3 comments on “Report: Hammers rival Spuds for Serie A winger”