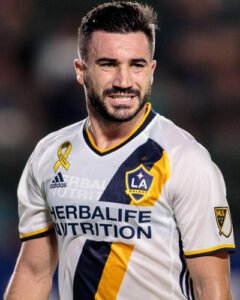 West Ham are claimed to be interested in signing LA Galaxy’s Romain Alessandrini who will be a free agent after leaving the MLS side in January.

The Daily Star claims the Hammers and Aston Villa are reportedly set to battle it out this January for the  30-year-old LA Galaxy winger.

The Frenchman has been one of the standout performers in the MLS since joining the Los Angeles-based franchise in January 2017.

Since moving to Los Angeles, the right-winger has been in impressive form in the MLS. In 63 matches, he has 24 goals and 23 assists.

This season he has made just seven appearances in the competition, providing two assists. That is due to a knee injury that has kept him out of the action for much of the year  he has missed 33 games since January.

Alessandrini came through hometown club Marseille’s youth ranks before finishing off his development at Gueugnon.

Another transfer rumour that should be taken with a large pinch of salt if nothing else due to his age and his injury record without bringing Mario Husillos into the equation.

← Report: West Ham to meet with Brazilian star agent
Hammers to travel to Kent in the cup →