Italian sports daily Gazetta dello Sport is claiming that West Ham are preparing to make a bid for former Watford and Everton winger Gerard Deulofeu. The speedy winger originally rose through the ranks at Barcelona’s academy and has also represented AC Milan & Sevilla.

Whilst the hammers are reported to be preparing a £12m bid it’s believed that Aston Villa manager Unai Emery is determined to secure the services of the player.

Deulofeu is a player I’ve always admired due to his pace, trickery and direct running. The Spaniard is a constant goal threat and able to operate off both wings which would be of massive benefit to West Ham. 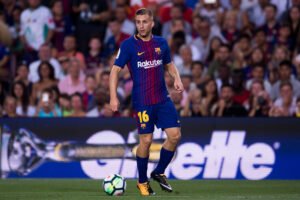 According to a Gazzetta dello Sport, Villa have made a bid for the winger which is lower than his current club Udinese are demanding.

The Italian club want €20 million and the the Midlands club are believed to have come up short on that valuation, although they are prepared to offer the player £70k per week.