West Ham have asked Sassuolo about the potential signings of Giacomo Raspadori and Gianluca Scamacca this summer, according to a new report from 90min.

The report states that Hammers boss David Moyes is desperate to bring a new forward into the club to provide support and competition to Mikey Antonio. 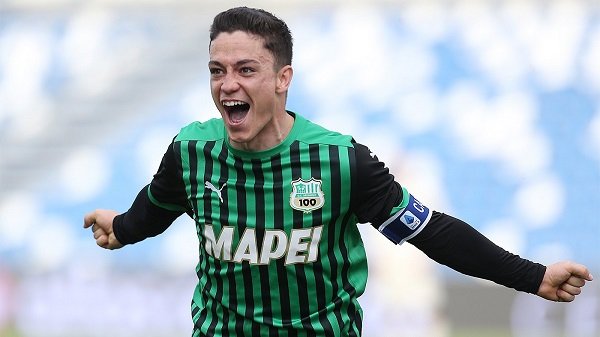 They are now reported to have made an enquiry about both Raspadori and Scamacca.

The Serie A side have signed another striker, Agustin Alvarez, and may be willing to negotiate an exit for one of their other strikers.

The Irons are also said to be keeping a close eye on Hellas Verona forward Giovanni Simeone, along with striker Beto at Udinese.

It is almost certain a striker will be included.

One comment on “Report: Hammers want two Serie A forwards”