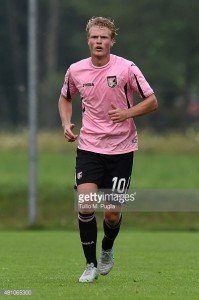 The Irons are tonight being reported as weighing up a January move for Palermo’s in-form midfielder Oscar Hiljemark,

CalcioMercatoWeb claim the 23-year-old – who only left PSV Eindhoven in the summer – has made a fine start to life in six Serie A outings.

And these performances have seen scouts from the Irons and Southampton travel to the Palermo stadium.

Hiljemark captained Sweden’s U-21s through their successful EURO 2015 campaign over the summer, during which he was often lauded for his commanding displays.