West Ham are reported to be eyeing a bid for Noa Lang, the Club Brugge winger.

The 22-year-old can play across the forward line and has been with the Belgian club since 2020, when he initially joined on loan from Ajax. 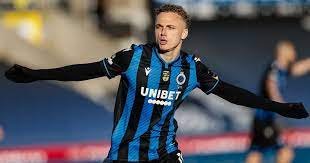 They made that deal permanent in the summer and he has scored 26 goals, while also registering 26 assists, in 85 games.

Lang is also a full Netherlands international, with three caps under his belt, and a new report from Calciomercato explains that the Irons are weighing up a bid.

AC Milan are also said to be eyeing a move, and any deal would cost in excess of £20m.

Moyes is keen to strengthen the squad this summer and he would like to add more firepower to support Mikey Antonio, who remains the club’s only senior striker.