Report: Irons in for French midfielder 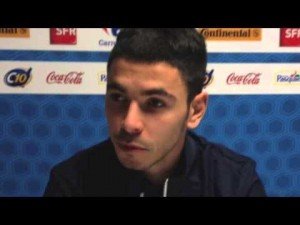 The Irons are reportedly facing competition from AC Milan and Newcastle United in the race for  Montpellier midfielder Morgan Sanson.

TalkSport claim we are keen on the 20-year-old who has scored four goals in 25 appearances this season and has been a France Under-19 and Under-21.

Sanson – who joined Montpellier from Le Mans in 2012 – is considered a £7m prospect His contract runs until 2018 in January.

The Hammers will apparently  have to compete with Newcastle but Corriere dello Sport claim Milan have watched Sanson in his last two matches and are ahead of both Premier League clubs in the race to land his signature.

← DS: “We use the game to educate and inform”
Allardyce ready for Palace →
Click Here for Comments >