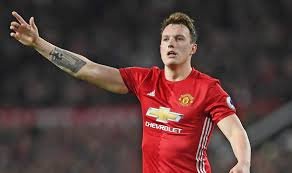 David Moyes is being reported as being keen to snap up Manchester United pair  Phil Jones and Jesse Lingard, if we stay in the Premier League.

The Independent reports that having worked with with Jones and Lingard at Manchester United in 2013-14, he sees them as a duo to lift the Hammers quality with Jones a particular fancy.

Ole Gunnar Solskjaer is meanwhile hoping for a clear-out this summer, with both Jones and Lingard expected to go.

One issue is that Jones signed a new four-year deal last year, although it has become clear his opportunities will be limited. The same is likely for Lingard, who is understood to now want to stay.

There have been rumours for some time that United fancy Issa Diop and it could be that the French central defender will be thrown into a deal.

Lingard is out of contract at the end of next season but has an option to remain for a further year and is apparently high on the Hammers wanted list with prices expected to be flat over the transfer window.

Jones at 28 and Lingard at 27 fit the age profile but should they both become available, Everton and West Brom could become involved in a chase should Slaven Bilic’s poutfit be promoted..

However, Moyes will hope that his previous association with the duo would give him a head start and should there be serious interest in Diop that would put the Irons in prime position to do  a deal suitable to United.

Diop’s form has been a little topsy turvy since the restart and he may find the Hammers are ready to let him become involved in the switch should that be a United requirement.