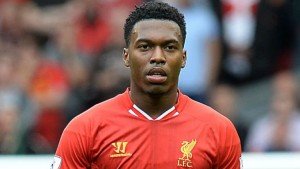 Liverpool striker Daniel Sturridge is again being linked with a move to West Ham.

He is looking likely to leave Anfield with  Sunderland and Stoke also interested, according to a report.

The prolific England international is no longer first choice under manager Jurgen Klopp, following a spate of injuries that allowed Roberto Firmino to become the Merseyside giants’ first-choice striker.

Italian publication Calcio Mercato claim that the three Premier League clubs could make a move for Sturridge in January, after becoming unsettled at Anfield.

The former Manchester City star has made just three starts this term, coming off the bench on three other occasions. He’s scored twice, with both goals coming in Liverpool’s 5-0 demolition of Championship outfit Burton Albion.

He was regularly linked with Irons last summer.