West Ham have made a move to sign Moise Kean from Everton, according to a new report.

The Italy international joined the Toffees in 2019 but has struggled to make any sort of impact and spent the 2020/21 season on loan at PSG, before joining Juventus for the 21/22 campaign. 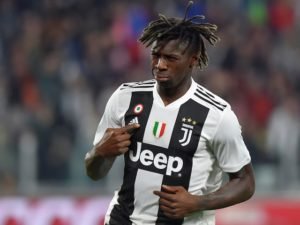 Corriere dello Sport reports that Everton are not willing to give any discounts to any interested parties, despite being in negotiations with Juventus.

The Italian club are said to be willing to buy Kean outright and then potentially sell him on this summer.

The Irons are reported to have made a move to secure his signature but the deal appears remarkably complicated, give Juventus’ involvement and their need to sign him before anything further can happen.

Kean made 42 appearances for Juventus last season and scored six goals, laying on three assists. He only ever scored four goals for Everton.

West Ham do need a new striker but we have our doubts over whether Kean is the solution.