Posted by Dave Langton on February 24, 2022 in News, Whispers

West Ham want to sign Spurs-owned man Cameron Carter-Vickers, according to a new report from TeamTalk.

The defender has gone on loan to Celtic this season and has impressed during his time with the Scottish giants. 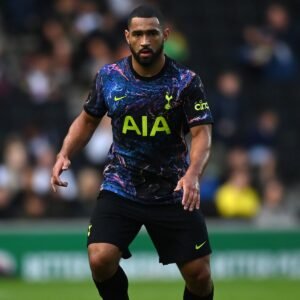 Carter-Vickers has made a total of 32 appearances for Ange Postecoglou’s side and has even scored twice, while laying on an assist.

Celtic are currently top of the Scottish Premiership and sit three points clear of second-placed Rangers.

Carter-Vickers has struggled for minutes during his time at Spurs, for whom he has been under contract since 2009, and has gone on a variety of loans, playing for Sheffield United, Ipswich Town, Swansea City, Stoke City, Luton Town and Bournemouth before his move to Celtic.

The report claims that the Hammers are monitoring his development, although Celtic would like to sign him permanently.

Along with the Irons and Celtic, Leicester, Wolves, Burnley and Watford are also said to be interested in a potential deal in the summer.