West Ham are interested in a potential deal to sign Millwall youngster Tyler Burey, according to a new report. 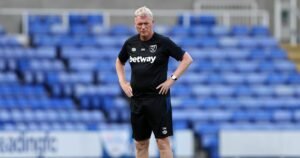 But it appears that David Moyes is also scouting another Championship ace in the form of Burey.

The 21-year-old plays primarily as a striker although he can also play as an attacking midfielder.

He spent last season on loan at Hartlepool United, scoring three goals in nine games, and has made a first-team breakthrough at The Den this term.

He has made 31 appearances for Millwall in total, scoring twice, at the age of 21, and Moyes is said to have watched him play in person over the Easter bank holiday.

Burey would surely be a signing for the future if he did end up at the London Stadium, most likely to play in the U23s, as he does not appear ready to make the step up to the Premier League just yet.