West Ham are interested in a deal to sign Filip Kostic from Eintracht Frankfurt but a new report in Germany claims that the Hammers’ interest is being driven by an agent, who is aiming to bring other clubs into a bidding war.

Bild journalist Marc Schmidt claims that the wing-back is not likely to move to the London Stadium because the player’s camp want other clubs to come in for him. 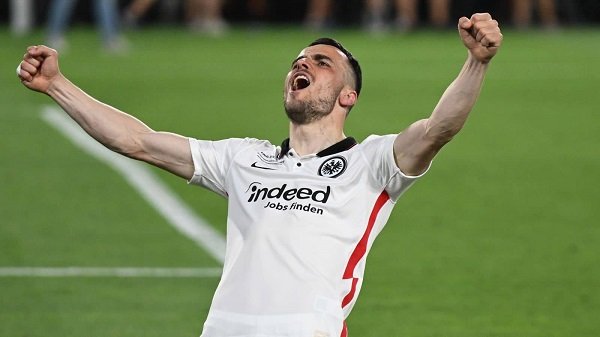 The Irons have made a bid for Kostic and are hoping to convince him to move to England but they face an uphill battle to do so because of the club’s participation in the Champions League.

Schmidt continues by claiming his agent is simply trying to bring Champions League clubs into the equation, with both Chelsea and Juventus mentioned as potential suitors.

West Ham are not said to be a feasible destination for Kostic.

However, we know that the two clubs are holding talks over a deal for the Europa League winner and the Irons remain hopeful of convincing him to move to east London.