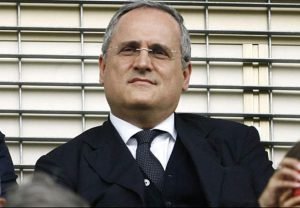 According to Italian website Tutto Mercato, Lotito met West Ham representatives last night. The Sullivan family flew out to Italy on a private plane from London Stansted airport arriving in Arzachena in Sardinia yesterday just 200 miles and a short 50-minute flight from Rome.

The Sullivans are said to be on a week-long family holiday staying in the same hotel as former Hammer Scott Parker but the proximity to Rome has social media speculating whether David Sullivan plans to mix business with pleasure while in Sardinia.

West Ham have recently increased their bid for the Lazio midfielder to £35 million plus add-ons of a further £4m. Manuel Pellegrini is pushing hard to land his number one target this Summer.