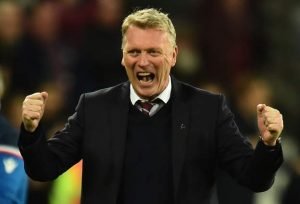 Moyes making his presence felt at board level

West Ham have employed specialists to find their new head of recruitment as they look to conduct the biggest overhaul at the club since the current board moved in.

According to Sky Sports News,  industry leader Nolan Partners have been hunting for the right man as the club prepares to change its entire scouting department.

Sky report that the club believes it has wasted too much money in the past and has relied too heavily on the influence of agents.

They are now looking to sort out a global scouting system which is estimated to cost between £2 million – £4 million but they believe the money can be recouped with “considered and targeted” transfer business.

After sacking former recruitment director to the board, Tony Henry, co chairman David Sullivan admitted he needed to invest more in scouting, video analysis and analytics and that stricter quality control would be introduced.

That process is now starting with David Moyes making it clear he won’t work under a Director of Football but is happy to operate ALONGSIDE a recruitment chief.