The Daily Mail reports that Declan Rice will cost £150m this summer if he leaves West Ham.

The newspaper reports that the England international is in demand and that the Hammers have privately accepted they may have to cash in during the next transfer window. 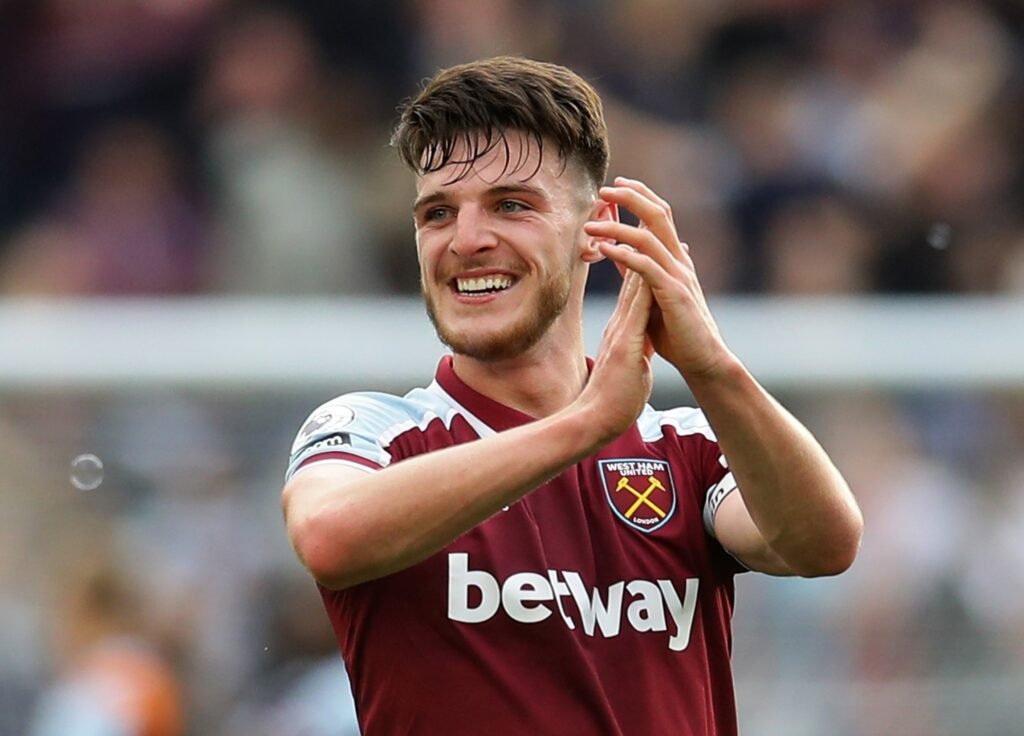 Manchester United are hovering with intent but the Hammers are said to be determined to extract at least £150m from any buying club, which would be a British transfer record and £50m more than Manchester City paid for Jack Grealish.

United may end up being the only suitors, after Chelsea were rocked by government sanctions, while Manchester City appear to be focusing their attentions on signing Erling Haaland from Borussia Dortmund.

United are said to be hopeful that the price will come down if they are the only club in the race, while the Mail also report that Rice is willing to make the move to Old Trafford.