Report: Moyes to pounce on his former midfielder 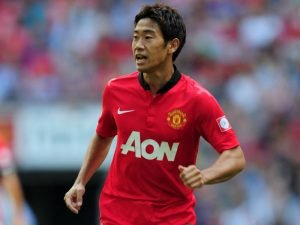 Hammers boss David Moyes is considering moving for his former Manchester United midfielder Shinji Kagawa as he ponders the revamp required at West Ham this summer.

The Japanese international was signed by Sir Alex Ferguson from  Borussia Dortmund six years ago and scored six times in 57 appearances over two seasons under the former United boss and Moyes.

Now the Irons chief sees the 29 year old as a possible midfield option at the London Stadium according to The Mirror.

They report that he returned to Dortmund in summer 2014 and has scored 31 times for them in 139 games during his second spell.

Moyes is determined to totally reshape the squad this summer after inheriting an ill balanced group from predecessor Slaven Bilic.

The manager has been busy watching games and will take in more this weekend with the Irons not set to play until Monday evening.

One comment on “Report: Moyes to pounce on his former midfielder”