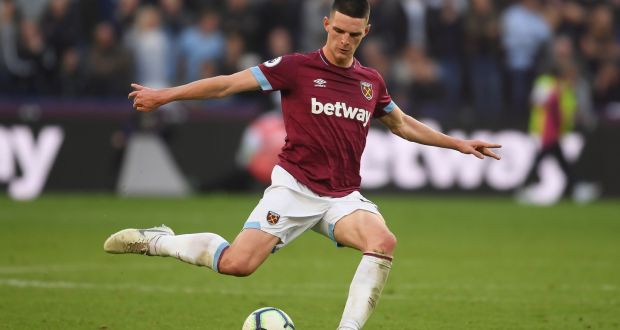 The Daily Star  has reported manager Gareth Southgate met Rice at St George’s Park – the FA’s national football centre – earlier this month, presenting him with statistical data on how the midfielder could fit into the England set-up.

Rice represented Ireland at youth level from Under-16s onwards, and made three senior appearances after his debut against Turkey in March.

However, Rice decided not to feature in the Ireland squads for the recent Uefa Nations League clashes against Denmark and Wales and the friendly against Poland.

And because he is yet to be to capped in a competitive fixture Rice remains eligible to represent England – and his decision to do so will be a big blow for Ireland boss Martin O’Neill.

It has been thought for some time that the midfielder would settle on England but O’Neill remains hopeful that this may be a false report.

5 comments on “Report: Rice ready to settle on England”