Report: Sam and AC conned out of £35k 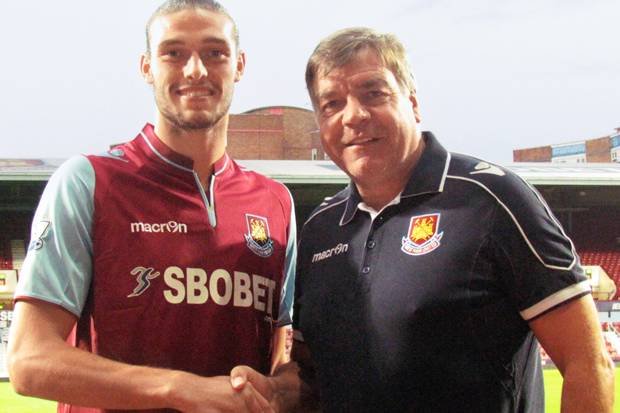 Hammers boss Sam Allardyce and striker Andy Carroll are this morning reported to have have been at the centre of a Christmas con costing them  £35k!

The Sun claims a “trickster” turned up at the club’s training ground promising cut-price Fortnum & Mason hampers and Harrods champers. The pair allegedly paid £11,000 but the conman did not deliver!

The crook is then reported to have repeated the sting  at Championship club Norwich City — where players were separated from £5,000.

The Sun reports a source as saying: “The West Ham lads thought they’d be in the bubbles for Christmas.

“He was offering top quality champagnes and hampers from Harrods and Fortnum & Mason at ridiculously cheap prices.

“The conman told them he had some good contacts in these firms and assured them it was all legal and above board.

“Andy Carroll thought he was getting a great deal. Apparently he handed over £8,000. The conman took more than £30,000 from players and staff.

“They were told stuff would be delivered in a short while.

“Sam didn’t have any cash or credit cards on him. He ended up getting his secretary to pay the money into an account online. “Sam paid £3,000 believing it was a bargain and all legitimate.”

The source added that Norwich players were also targeted at their training ground in the run-up to Christmas.

The crook showed off genuine Harrods hampers as examples of what was on offer.

West Ham officials are reported as informing police of the fraud to cops on Christmas Eve.

The man struck at the club’s training ground in Chadwell Heath, Essex, on December 12.

The swindle is known as the corner game fraud — because the conman promises the goods are around the corner.