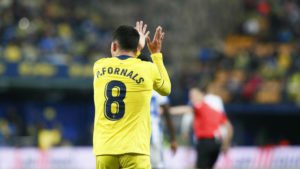 The 23-year-old could be the first of several players leaving the La Liga team after a disappointing season which saw them get nowhere near qualifying for European football.

West Ham were linked with him in January, but Villarreal were unwilling to sell as they battled against relegation.

Now, the Hammers have made a bid that doesn’t reach Fornals’ 33 million euro release clause but one that does meet Villarreal’s valuation of the player. Fornals’ release clause was raised when interest was shown in him in January, which also forced Villarreal to raise his weekly wage.

Fornals started at Malaga youth setup before moving Villarreal Academy. He made his senior debut for Malaga’s first team in 2015.  He was in Malaga’s youths setup when Manuel Pellegrini and Mario Hussillos were there but how much they were involved with him is unknown.