Sassuolo striker Gianluca Scamacca has agreed to join West Ham, according to a report from Alfredo Pedulla.

The Hammers are interested in doing a deal to sign the striker after an impressive season in Serie A. 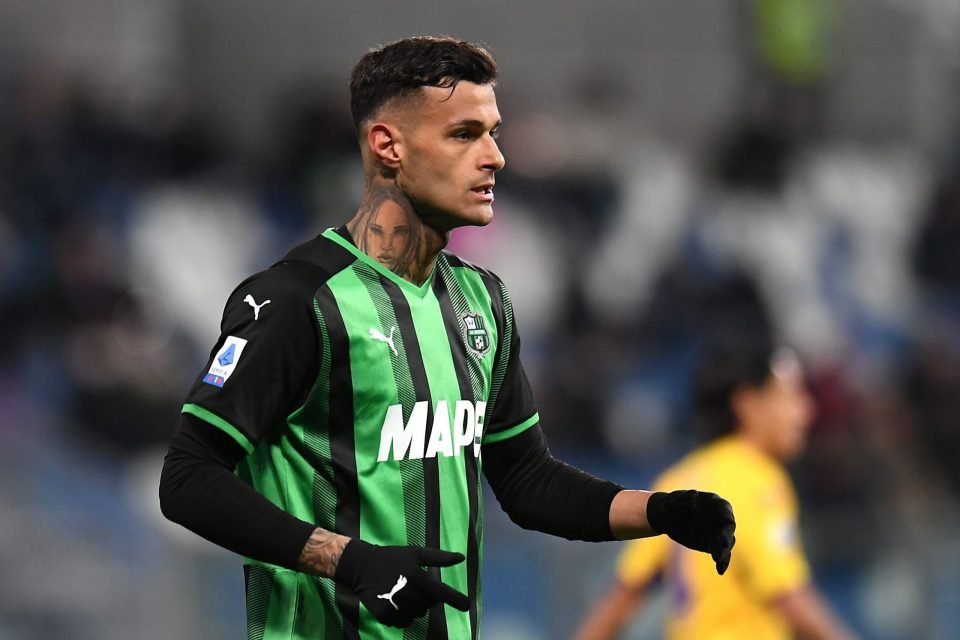 He scored 16 goals last season and the new report claims Scamacca has agreed to the move in principle.

The Hammers are now said to be working on the deal with the Italian club and the player’s agent, as they attempt to get it over the line.

The club do hold an interest in signing Scamacca, as we confirmed last week, and there remains interest in Chelsea’s Armando Broja.

It remains to be seen if the Hammers try to buy both, but it appears that things are moving in the right direction when it comes to the Sassuolo striker.