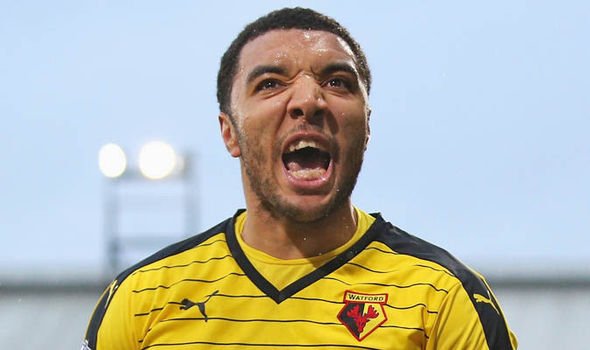 Relegation- threatened Watford players are reportedly  refusing to train after the club provided three of the six positive tests across the Premier League.

According to The Athletic, more players have now joined Troy Deeney’s  point blank refusal to train after an  unnamed player and two members of staff at the club were diagnosed with the virus.

Deeney  said he did not feel safe to return amid concerns for his son’s health, who has had breathing difficulties, and over the increased risk of catching the virus to black and ethnic males who health officials have revealed are being hit by the disease deaths disproportionately on published figured.

Premier League players and staff underwent  testing over Sunday and Monday at their bases before returning to training and six positive cases were revealed (0.8 per cent) from a total of 748 tests.

They will spend the next seven days in self-isolation before being tested again at a later date.

Speaking about his concerns to Eddie Hearn and Tony Bellew on the Talk the Talk YouTube show, he said: ‘We’re due back in this week, I’ve said I’m not going in.

‘It only takes one person to get infected within the group and I don’t want to be bringing that home.

‘My son is only five months old, he had breathing difficulties, so I don’t want to come home to put him in more danger.’

He added: ‘For black, Asian and mixed ethnicities, they’re four times more likely to get the illness, they’re twice as likely to have long-lasting illnesses — is there anything extra, additional screening, heart stuff to see if people have got problems with that? No. OK, well I feel that should be addressed.

Watford are of course among the teams West Ham will have to play should Operation Restart actually get underway and be played to an end.

That very much remains to be seen but the Watford scenario shows again that the threat of positive tests could come within the programme and quite apart from threatening selection issues remain a potent health threat.

In voting for the new training protocols Premier league chairman have ensured that an ongoing row is likely with various players speaking out against the return on some shape or form.

Aaron Cresswell and Manu Lanzini have voiced their disapproval and central defender Fabian Balbuena has claimed several players in the squad are unhappy although he backtracked on that to some extent later.

Whether the plan to kick off what remains of the campaign on June 12 or 19 remains an issue and whether it can be finished amid more positive tests is another which may yet have to receive the League’s attentions.