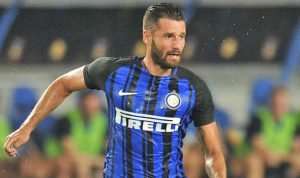 According to Tutto Mercato Web, Inter have enquired as to whether West Ham would be interested in Candreva. The former Lazio winger looks to be on his way out of the San Siro with Matteo Politano his replacement. And Inter Milan intermediaries are attempting to find a buyer in West Ham, who may be interested in getting Candreva on-board as they look for two attacking midfielders this summer.

The Hammers were first linked with Candreva nine years ago in 2009 under Gianfranco Zola and again in 2016 under Slaven Bilic. However, now at 31 years of age, he may be viewed as a temporary solution as a replacement for Manuel Lanzini who looks set to miss out of the majority if not all of the coming season.