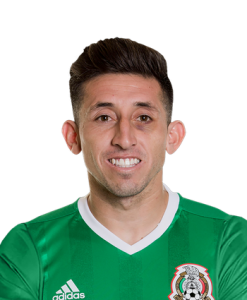 Real Madrid, Arsenal and Real Betis are both also said to be tracking the friend and national teammate of  Hammers Javier Hernandez.

Porto could be forced to sell if the midfielder tells the club that he won’t sign an extension. Herrera joined the Portuguese champions from Pachuca in 2013 for €11m but has only one year remaining on his contract but the club last season were demanding €20m.

The 28-year-old has made 192 appearances for the Portuguese club in all competitions scoring five times and making seven assists in 42 appearances last season.

Herrera has impressed in his world cup performances for Mexico and that is likely to push up his valuation for any potential suitors.  He has been previously scouted by West Ham while watching Porto games and was a previously a transfer target under Slaven Bilic.