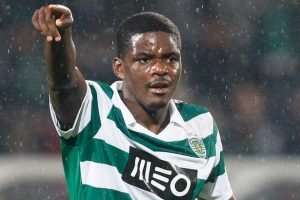 Reports in Portugal are claiming that Sporting Lisbon midfielder William Carvalho has been “scouted” by the Hammers yet again. Portuguese paper O Jogo (translated and reported by Sport Witness) say that West Ham had representatives at the Estadio do Dragao last Friday night to watch Carvalho and Sporting Lisbon as they lost 2-1 to league leaders Porto in the weekend’s big game.

There were scouts from 20 other clubs across Europe watching the game along with the Hammers according to the original report which did not mention Carvalho.

Portuguese press continues to speculate that West Ham will return for the highly rated defensive midfielder in the summer even though Sporting Lisbon insist they will not sell under £30m. After the announcement of record profits yesterday the board will be under pressure to spend big this summer and that could start off by a marquee signing like Carvalho.