West Ham wanted to sign Danny Ings from Liverpool in the summer, according to The Times. 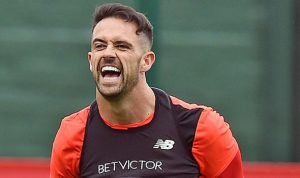 Ings left the Reds to join Southampton in an initial loan deal that will eventually become a permanent £20 million deal.

But The Times report that the Hammers were among a clutch of clubs who made their interest known when it became apparent he was expendable at Anfield.

Crystal Palace, Bournemouth and Newcastle also wanted him, but Ings has insisted that he only ever wanted the Saints.

Of course, the Hammers were undeterred, and signed Lucas Perez to bolster the forward line.