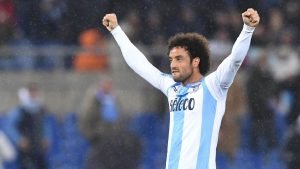 There has been a flurry of reports on Felipe Anderson this afternoon as speculation on his imminent arrival reaches fever pitch.

After weeks of drawn-out haggling reported by the media, TuttoMercatoWeb says a price has been struck between the two clubs for the midfielder. They claim West Ham’s offer of €40m upfront plus €5m in bonuses has been accepted by Lazio president Claudio Lotito. They report Anderson is now scheduled to travel to London on Saturday for a West Ham medical and to finalise personal terms. Driving the deal has been the player, who informed Lotito last week that his priority was to join West Ham this summer. 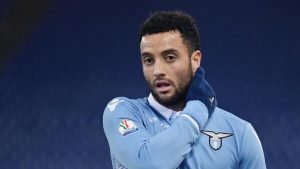 Meanwhile in Lee Clayton in the Daily Mail reports that West Ham have applied for a work permit for Felipe Anderson as they prepare to smash their transfer record in a deal worth in region of £40million.

Claret and Hugh was told last night that the Anderson transfer was only 60%  complete but the Hammers were very hopeful, the insider close to the deal said the bid was worth £40m with add-ons of £6m with a significant seven-figure sum for the agent.

3 comments on “Reports, reports and more reports on Anderson”