Posted by Sean Whetstone on January 13, 2019 in News, Videos, Whispers 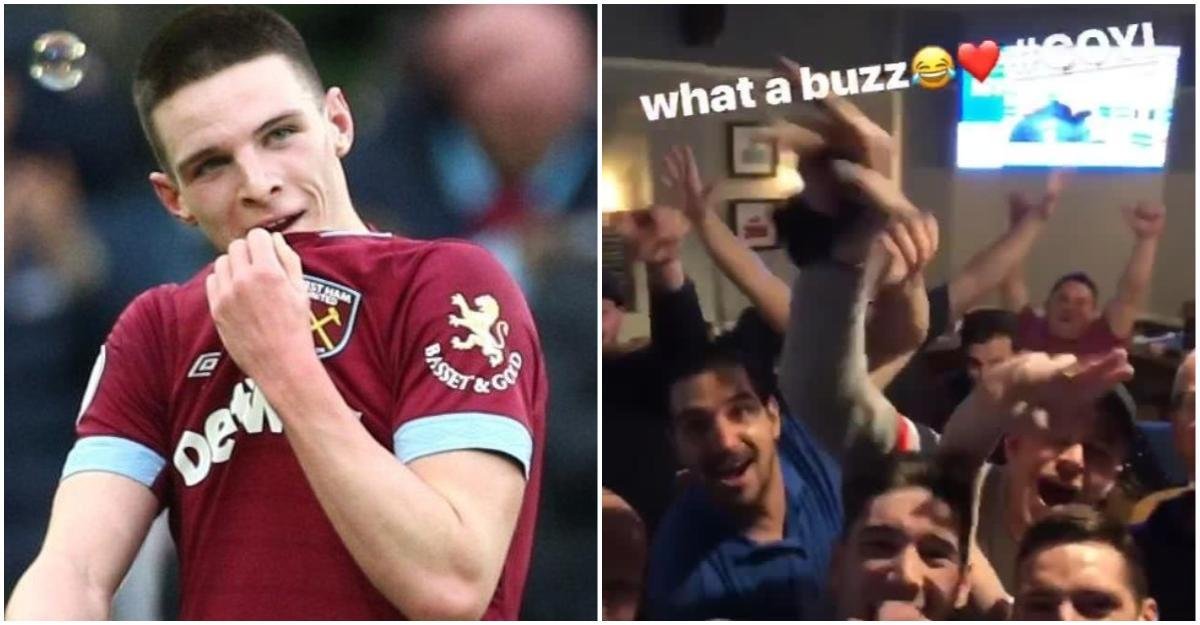 West Ham man of the match and goalscorer Declan Rice joined his brothers and West Ham supporters in a local Surrey pub to celebrate the Hammers 1-0 victory over Arsenal.

Two videos appeared on Rice’s Instagram page showing him and his brothers and mates with West Ham fans in the local Surrey boozer.

The 19-year-old joined an exclusive list of West Ham players who have scored in the Premier League as a teenager. His timing couldn’t have been better as the youngster celebrates his 20th Birthday tomorrow.

The pub in question is thought to be the Berrylands pub in Surbiton Surrey close to the where the player lives but it clearly shows Rice is clearly a man of the people and had no problems mixing with the general public despite his recent rise to fame.

← Poll: Is that the end of Marko Arnautovic?
Report: Hammers struggle with Obiang replacement →
Click Here for Comments >

One comment on “Rice celebrates Arsenal win down the pub”