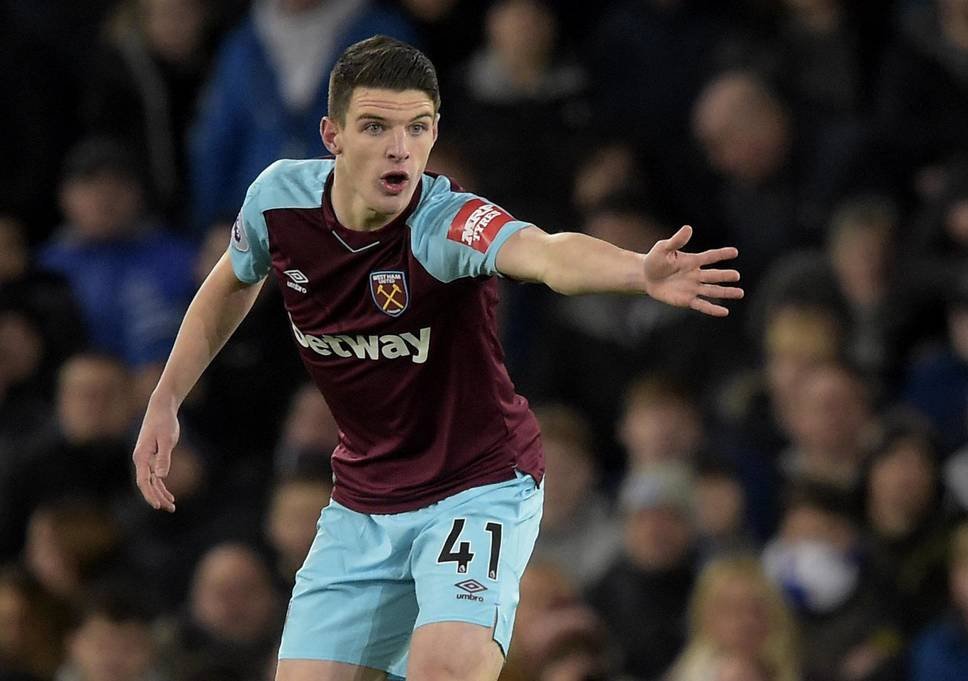 West Ham are continuing their efforts to sort a deal out with Declan Rice’s new advisers ahead of the season.

But if they can’t – having been talking over the last couple of weeks – they will wait until the turn of the year before trying again.

Having appointed a new agent, Declan finds himself in limbo financially until the two sides can come to agreement but right now there is little sign of that happening.

The young central defender is keen to get the deal done but his representatives are battling to get him a contract which brings him into line with the rest of the squad.

He is known to have been offered around £18k a week basic with £10k for each first team appearance but we understand ‘Team Rice’ are seeking around double that basic wage.

We understand that Academy chief Terry Westley has had in depth talks with the player given how important he has been in the central defender/midifelder’s development.

The club is unready to go to the heights wanted by the player’s adviser before discovering where the player stands in manager Pellegrini’s plans this season when his favoured 4-2-2-2 formation make it unlikely he will be a regular starter.

The central defensive positions are likely to be filled by Issa Diop and Fabian Balbuena and either Zaba, but mor probably Fredericks and Cressie either side of them.

And that will give both sides to assess their positions before the next round of talks which will become pretty critical in the young man’s career.

However, the Hammers will carry on talking and Rice’s side has to decide whether to remain on £3k a week, take what’s on the table or wait and see where he stands at the turn of the year.