Declan Rice has hailed the impact of Conor Coady on the England squad and insists he is learning from the Wolves centre-back.

The two are currently with the Three Lions, with Coady playing 90 minutes as Gareth Southgate’s side beat San Marino 5-0 earlier this week. 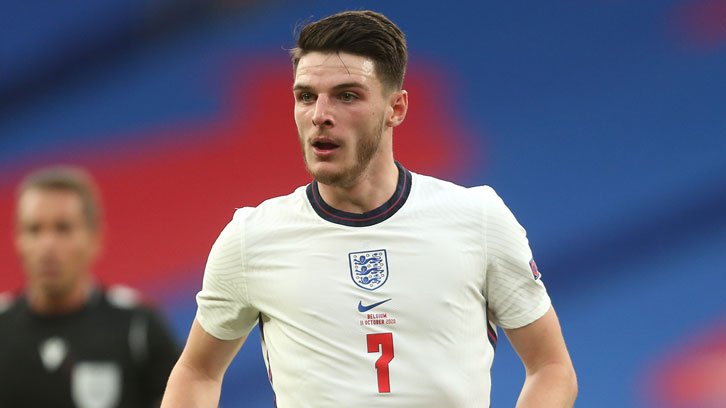 They play Albania on Sunday before meeting Poland on Wednesday evening.

Rice was on the bench against San Marino but is almost certain to play in one of the other two games, and he insists he is continuing to learn from the players around him in the Three Lions dressing room, Coady included.

The Wolves player has won just two caps for England, with his second coming in midweek.

Quoted by the London Evening Standard, Rice said: “I am only 22.

“I come here and I am playing with people who have played in the Champions League final, won trophies, won Premier League titles, you kind of take a step back and pick up little different bits from different people.

“Conor, I have never actually been in a dressing room with him. So to see him and see the impact he has on the squad on the team inside, it is people like him that you need in your changing room.

“Stuff like that I have taken away and tried to take to West Ham to add that to my game as well.”

The Hammer has been brilliant this season, regularly wearing the captain’s armband for the Irons, so it’s easy to forget how young he is!

He has also won 10 senior caps for his country, but that will surely turn into 11 this week!