Rice hopes to get beers in for first time ever!

Declan Rice has revealed he has never had a single pint of beer… but says he’ll change that if England win the Euros!

Rice is a key member of Gareth Southgate’s squad and is preparing for the big kick-off against Croatia on Sunday. 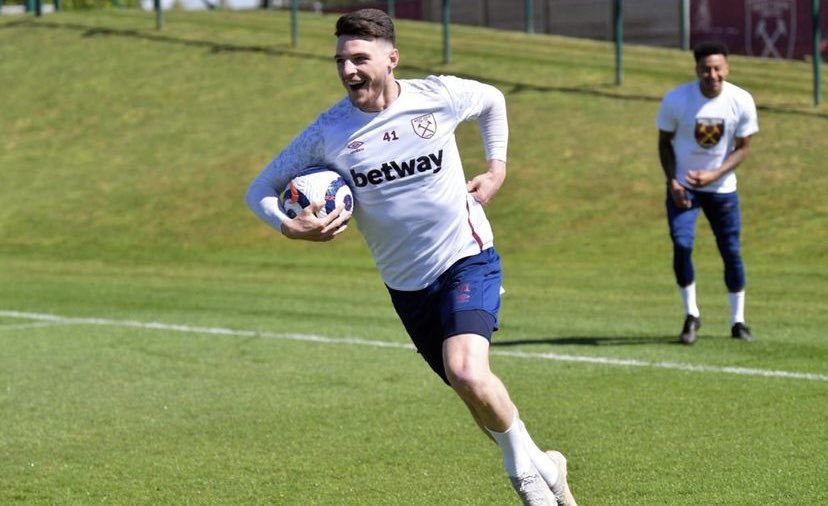 Southgate has a number of selection headaches but Rice is nailed-on to be playing in defensive midfield against the Three Lions’ World Cup semi-final conquerors.

Just three years ago, the Hammer was watching on as a fan as England got to the last four.

But he was not downing pints in the pub as the nation beat the likes of Tunisia, Panama, Sweden and Colombia, the latter on penalties, to raucous scenes across the country.

But he has now admitted that he has never once downed a pint.

Quoted by Sky Sports, he said: “Do you know what, until this day I have never had a beer and I am 22! That is the truth. Never had a pint. Don’t drink it.

“Not really (a drinker). But a pint? No. I know it is off topic but I have never had a beer. People get surprised. I just don’t like the smell of it so I have never gone near it.”

But pressed on the revelation, he was asked if he would try a beer in celebration if England do actually win the tournament this summer.

He replied: “Yes. I will give it a try – but I will probably spit it out!

“Honestly, the World Cup was buzzing. I remember watching the Panama game, the Tunisia game, Sweden game. It was incredible.

“The singing before the game, the national anthem. Just being a part of it. I was a fan for that tournament so to be part of this tournament is unbelievable.”

2 comments on “Rice hopes to get beers in for first time ever!”