Rice on his chances of doing a Noble 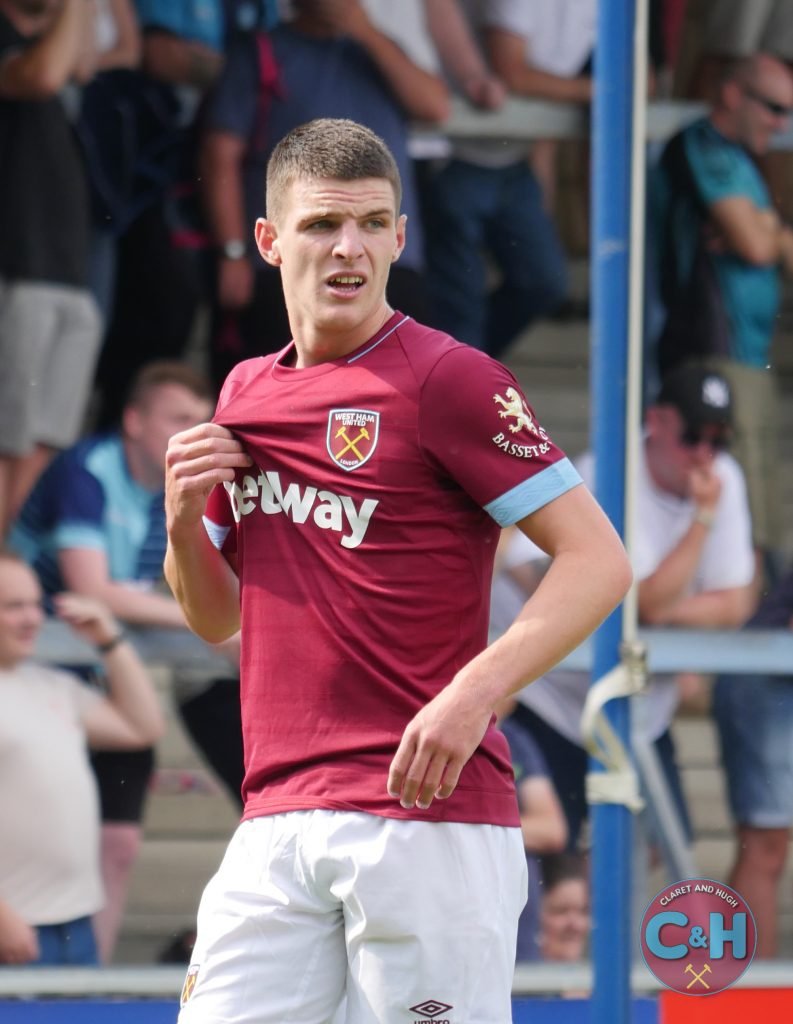 Declan Rice has refused to rule out the possibility of becoming the next Mark Noble by remaining at the club for life!

The captain made it 15 years as a Hammers when turning out at  Watford last weekend and is one of the very few one club men left in the Premier League.

But although it’s always best to keep a firm lid on all expectations in times such as these when things can change at a stroke, the 20 year old  certainly isn’t in the mood to deny anything other than the possibility he could do the same as the skipper.

Having signed a long term deal at the London Stadium, the defensive midfielder is certainly up for staying with the Hammers for a while yet regardless.

It’s a nice thought that he could be the next Noble – and is certainly a future club skipper.

It was a question well asked by  Four Four Two, to which Rice gave a relatively straightforward reply giving hope that he will be around for a long time yet.

“I’ve signed a contract here for the next few years and am looking forward to playing this season and the season beyond, so we’ll just see where it goes.”
Permalink

One comment on “Rice on his chances of doing a Noble”