Richards in, Diame out is Irons Deadline Day hope 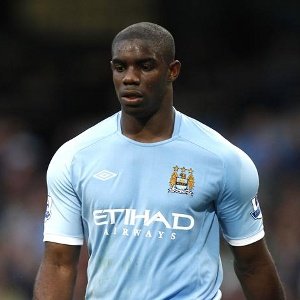 West Ham are still on the Micah Richards case but prssure is building for the player.

As reported on ClaretandHugh last week the club are doing all they can to land the Manchester City defender on loan.

However, Sunderland boss Gus Poyet is also keenly interested in the player and represents competition to our hopes and Italian giants Fiorentina are also in the frame.

With Mohamed Diame being chased by Hull, QPR, and  Palace  – Richards could become the second quality loan signing in three days following Alex Song’s arrival although competition is intense.

Irons negotiators were locked in talks with Manchester City all last week over a loan deal but the champions were hoping to sell the player rather than let him out on loan.

However, unless there’s a late bid-  a loan move to the Boleyn could happen.

“As far as Diame is concerned it looks at the moment like Hull still but Palace and QPR are interested.”

2 comments on “Richards in, Diame out is Irons Deadline Day hope”