Rio gives it back to Chelsea fans

Posted by Sean Whetstone on December 5, 2021 in News, Whispers 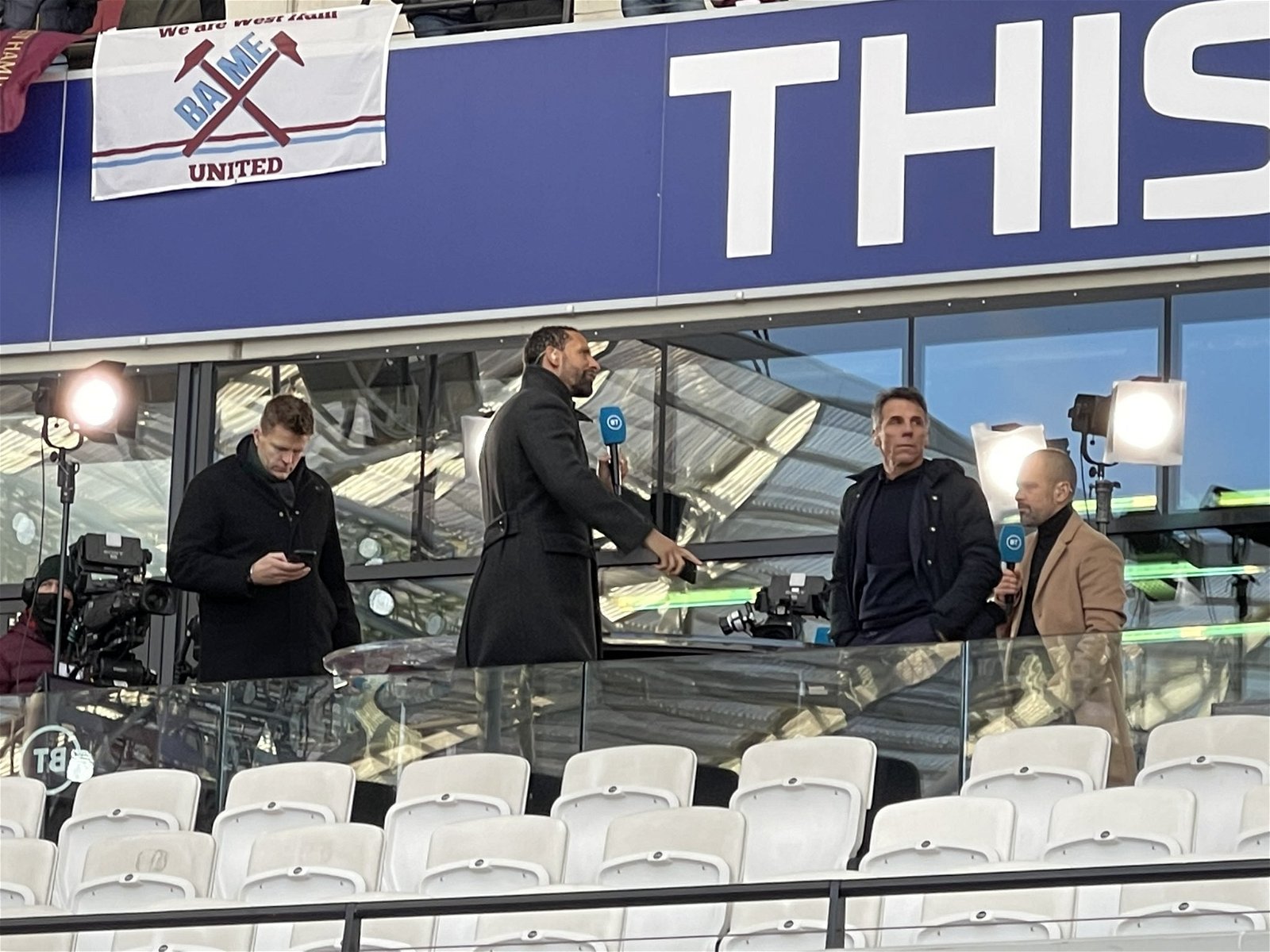 Former Hammer Rio Ferdinand faced much abuse from Chelsea fans at the London Stadium as a result of the BT Sports commentary box being close to the away section.

The West London fans singled him out but the former Hammer turned Man U player made his feelings clear with a  one fingered gesture!

He had been joined by Joe Cole and Gianfranco Zola and appeared to take delight each time West Ham scored, gesturing back to Chelsea fans with an obvious reaction.

West Ham fans appeared to have temporarily anyway forgiven him for his love of Manchester United and suggesting Declan Rice should join them by singing his Rio name and chanting ‘Rio, Rio what’s the score!’

He also appears to be attempting to bury his association with the PAI group who had offered a media- driven takeover bid of the club backed by him and Tony Cottee.

He seemed to take delight in West Ham’s win and had the last laugh as he waved goodbye to Chelsea supporters as they left the London Stadium.

Chelsea supporters hatred of Rio Ferdinand goes back to 2014 when he said Chelsea player John Terry was involved in an incident in which the Chelsea captain was accused of racially abusing his brother, Anton – another Pai accomplice.

There has been no love lost since between them and him.

One comment on “Rio gives it back to Chelsea fans”