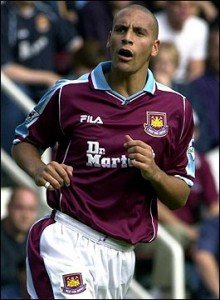 Former West Ham Academy Graduate Rio Ferdinand says the Hammers need to do better in recruitment and improve the Academy if they want to push on within the Premier League.

“I think recruitment could have been better,” Former Hammer Rio Ferdinand said, speaking on the BBC podcast 606 Savage Social with Robbie Savage.

“But I think many clubs are probably in that position, spending a lot of money on players who haven’t given back their worth.

“My biggest thing for West Ham is that I look back at my time there and why did I sign for West Ham?

“So there weren’t too many reasons for me to go there, but what they created there was a vision, a pathway and a story board for the young kids to say we are going to bring the academy back and invest in young kids around the local area to come in and play for the first team.

“When I heard that, that was enough. That’s all you want to hear as a young kid, that you are going to have a chance to get in the first team and be at the forefront of it.

“Frank Lampard is one year older than me, his age group started to come through first after that commitment and maybe that’s what West Ham need now.

“I don’t see that there at the moment. Declan Rice has come through, yes, but there’s not enough.

“West Ham are in an area that is a hotbed for talent, it is a ridiculous area for talent, but all of these kids are going elsewhere, to other parts of London or the UK. It shouldn’t happen. They should be pulling back and making a real effort, I think.”

Listen to the full podcast at https://www.bbc.co.uk/sounds/play/p08dhmkp