Rodgers warns Hammers: “We will attack the game” 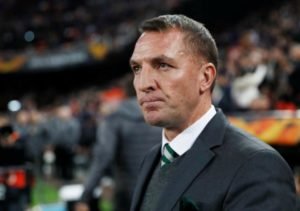 West Ham will be attacked from the start of tomorrow’s game against Leicester City according to Foxes boss Brendan Rodgers.

The Irishman saw his squad battered over a dreadful start to this campaign but since giving midlands neighbours a 4-0 hiding their fortunes have taken a dramatic upturn and they are no equal with us on points and ahead on goal difference.

Victories over Leeds Leeds United (2-0), Wolves (4-0) and Everton (2-0) have seen them score eight goals and keep three clean sheets which sees them into a comfortable mid table position.

The Hammers need a similar uplift to that experienced by tomorrow’s opponents and this would be a brilliant game in which to gain a much-needed result and confidence boost.

However, Rodgers made it clear the Foxes were going to have a real go at the London Stadium and thus the Irons cannot afford another slow starting performance.

The Foxes boss said: “We’ll just attack the game how we have recently. “We’ve been scoring goals away from home and we’re hard to beat, which is important – but they’re a good side, with some really good players.”

David Moyes is under increasing pressure from some members of the Hammers fanbase – a position experienced by Rodgers until recently and he added: “There’s a real witch hunt for managers to lose their jobs and I don’t see that changing,” he’d said.

“It feels like you can’t have a downturn without calls for change. There was no mystery for us, our results just weren’t good enough. Now we’ve had some better results.”

4 comments on “Rodgers warns Hammers: “We will attack the game””