Safe standing to be permitted at London Stadium

Posted by Sean Whetstone on July 5, 2022 in News, Whispers 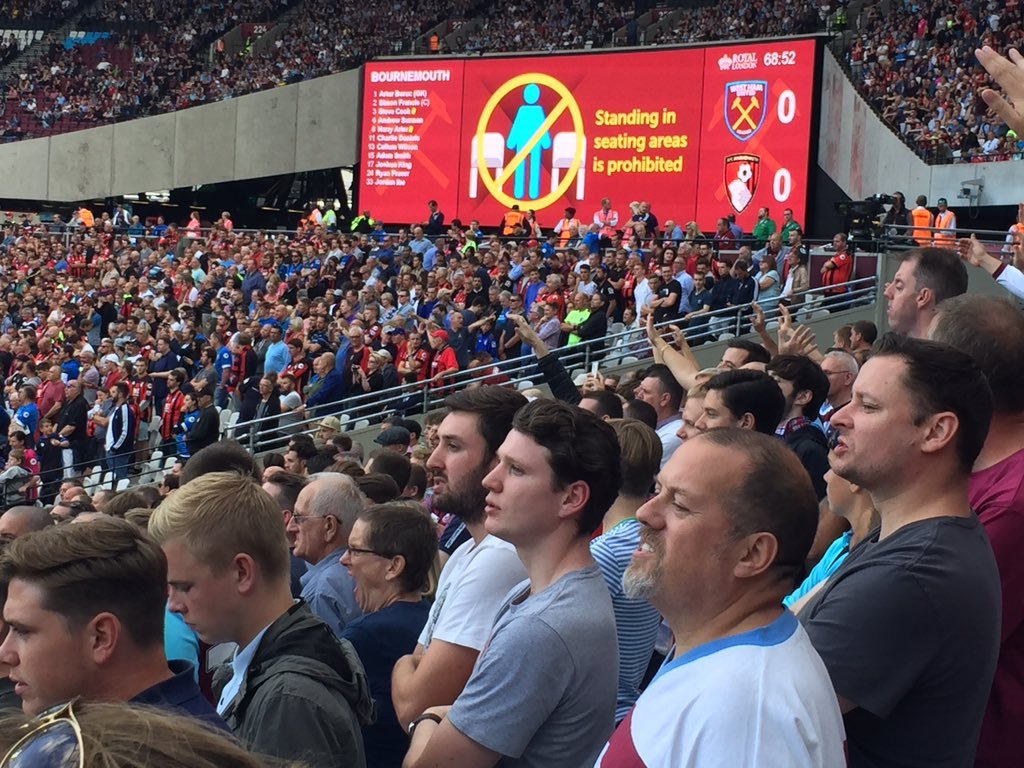 Premier League and Championship clubs will be allowed to introduce safe standing areas from the start of the 2022-23 season.

The necessary legislative amendments to the Football Spectators Act were tabled in Parliament on Monday and it represents really good news for fans.

“Thanks to a robust trial, thorough evidence and modern engineering, we are now ready to allow standing once again in our grounds,” said Culture Secretary Nadine Dorries.

“We are not reintroducing terraces and only clubs which meet strict safety criteria will be permitted.”

The London Stadium has already installed rail seating in the North and South lower stands and it is likely to be incorporated in the new West lower stand when completed.

This could mean that the London Stadium owners could apply for a license for West Ham supporters to use safe standing in these new stands as early as this coming season.

Thousands already stand in front of their seats at West Ham games as they do up and down the country on match days, it now appears they can remain to do so safety.

One comment on “Safe standing to be permitted at London Stadium”