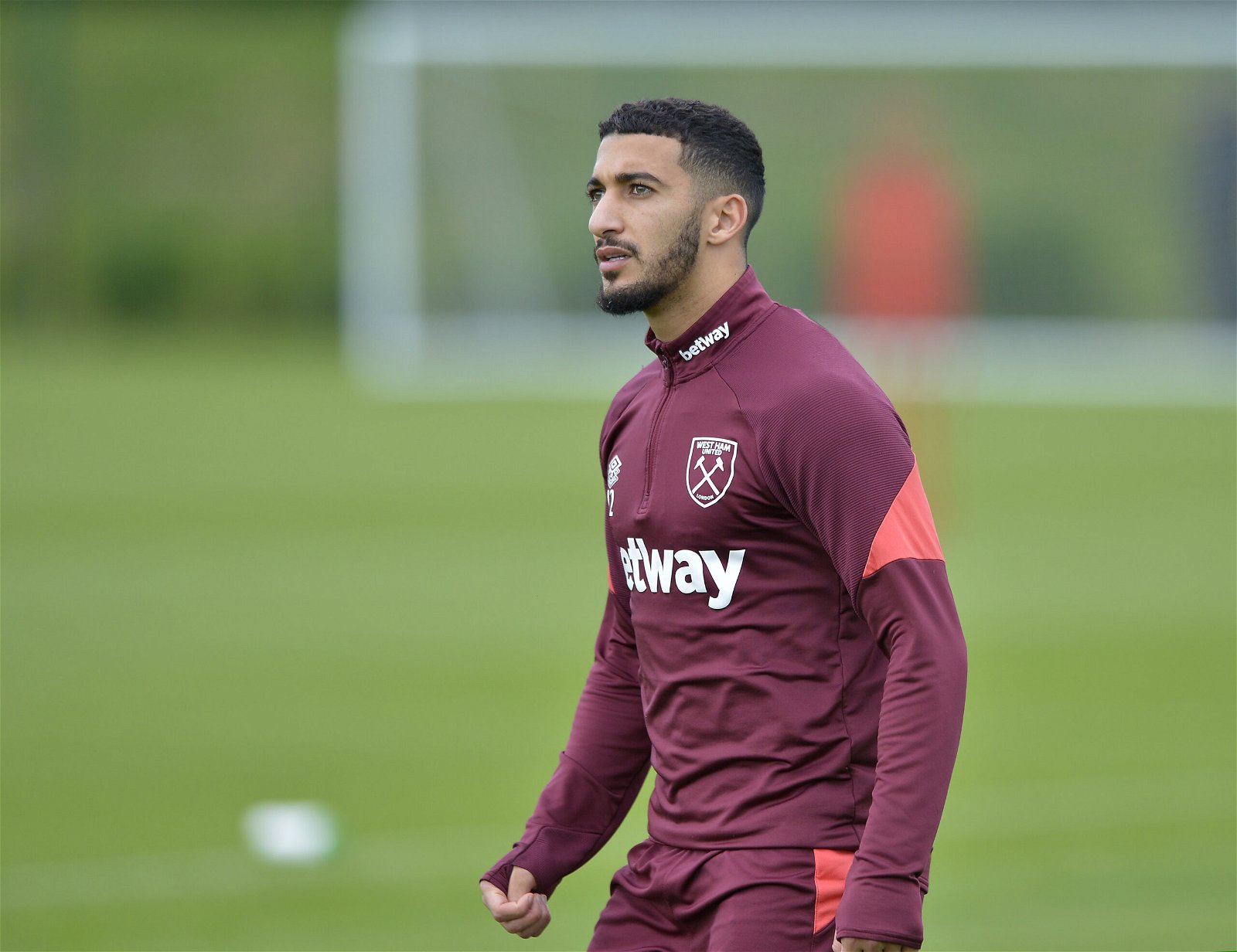 Said Benrahma trained yesterday and appears to be fully fit and available for selection for this afternoon’s game at the London Stadium.

David Moyes had revealed that he had just one injury doubt ahead of Sunday’ game.

On Thursday night he said, “In terms of team news, Said Benrahma got a knock on his knee when he came on against Dinamo Zagreb, but apart from that the squad are mostly fully available.”

The club published a photo on Twitter of Benny training yesterday relaxing doubts he would not recover from his small knock in time.

The manager could decide to play a more defensive set-up against the Red Devils with a false nine a possibility at the London Stadium without a recognised striker.

A false nine is an attacking player who repeatedly moves towards the ball in deeper positions from a high starting position, often dropping to receive centrally.