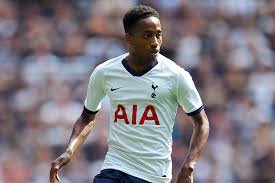 Southampton are hoping to agree the signing of Tottenham Hotspur right back Kyle Walker-Peters this week and avoid a West Ham hijack.

According to some reports this morning Saints believe that David Moyes – apparently a big admirer of the player – could move in with an offer.

Saints are apparently involved in a potential player swap deal with Spurs who want Pierre-Emille Hojbjerg with Walker Peters going in the opposite direction.

Talks are apparently well advanced and it seems unlikely that the Hammers will be able to dig up the £18 million required to make an attempt of snatching the player away .

With little cash available after completing the deal to make Tomas Soucek’s move to the Hammers permanent, the Irons would need to raise another £38 million in a hurry to land both the Saints target and allegedly priority target QPR’s Emerich Eze.

It would need some very quick moves by the Irons to nick the player from under the south coast club’s nose.

David Moyes is thought to be a big fan of Walker-Peters, and will try to hijack his move to Southampton if David Gold and David Sullivan give him the funds.

Southampton’s move for the Spurs player would appear to kill any move for Ryan Fredericks, who was reported by Sky Sports as being a target.