Posted by Sean Whetstone on January 13, 2018 in News, Whispers 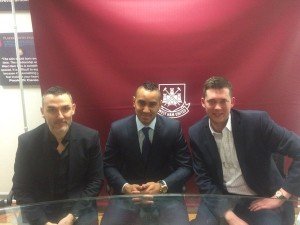 Fyodor Smolov’s UK representative, Mark McKay, who is working with the player’s Russian agent Russian agent German Tkachenko is attempting to engineer a move to Premier League with West Ham high on his list comparing him to the signing of Dimitri Payet.

“He is a proven striker and you can see that in the two goals he scored for Russia against Spain in November against the two best central defenders in the world (Gerard) Pique and (Sergio) Ramos and the best goalkeeper in the world (David) De Gea.”

← Karren Brady: We are no Barcelona just yet
Tottenham women takes over the London Stadium →
Click Here for Comments >