Sakho in the Old Trafford frame 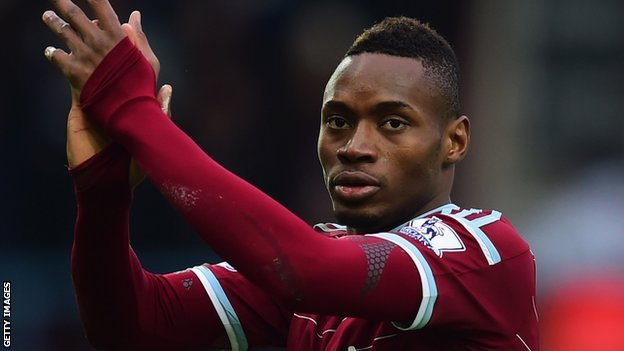 Diafra Sakho looks set for a place on the bench at Old Trafford tomorrow as the Irons open their 2017/18 campaign against Manchester United.

ClaretandHugh can confirm that the striker is with the 20 who have travelled to Manchester and that he is likely to find his way into the final 18.

The Irons line up is likely to look like this: Hart, Zabaleta, Reid, Ogbonna, Masuaku; Ayew, Noble, Obiang, Fernandes, Arneutovic and Chicharito.

Aaron Cresswell is understood to have suffered a minor knock and has failed to travel but surprise packet Sakho looks set to play some sort of part as Slaven Bilic weighs his final options for the game.Under 23s goalkeeper Nathan Trott is also with the squad but will play no part in the final 18.

Sakho – who has played only 60 minutes for the under 23s before returning to the first team squad- could now find himself getting a taste of the action in one of the most glamorous games of the season.

← Report: William Carvalho to travel to London
The depressing facts that speak for themselves →
Click Here for Comments >

3 comments on “Sakho in the Old Trafford frame”