Sakho may be banging nails in Redknapp coffin 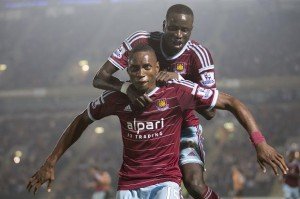 Diafra Sakho’s amazing early season form owes a a lot to former Hammers boss Harry Redknapp not believing he was good enough to cut it in the Premier League.

And he has exacted perfect revenge by scoring against the Loftus Road outfit last weekend and possibly helping to bring Redknapp’s reign at the club – and maybe even his career in management – towards a possible conclusion.

Sakho is too polite to put it in brutal terms  but said: “I heard QPR didn’t want me so I wanted to prove I could do it. ”

He certainly did that and since the match at Upton Park, the fall-out in Redknapp’s direction has been intense.

And there has been serious speculation he will not sign a new QPR deal commenting: “The truth of it is I told Tony (Fernandes) “a few weeks ago I don’t want a contract.

“We’ll see where QPR finish at the end of the season and take it from there. If I’d wanted to sogn the contract I could’ve done a long time ago.”