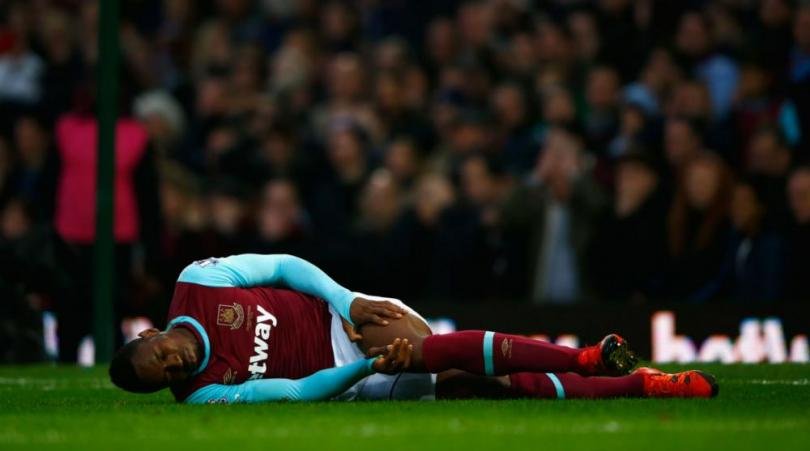 Well despite all the Hammers fingers in the world being crossed, the worst news in the world hit us this morning when the official site announced that Diafra Sakho would be out of action for six weeks.

Everybody had been hoping against hope that the  injury he sustained at Old Trafford on Saturday would prove relatively minor but this morning’s news is as bad as it gets.

And his expected return date virtually coincides with the start of the African Nations Cup so we can only hope Senegal overlook him given that he will have only played around 120 minutes football since last season.

The official site declared he is out for  six weeks after sustaining a thigh injury during Sunday’s draw with Manchester United.

It added that a scan on Tuesday revealed that the injury will keep him out of contention for up to six weeks.

Everyone at West Ham United wishes him a speedy recovery and quick return to action.”