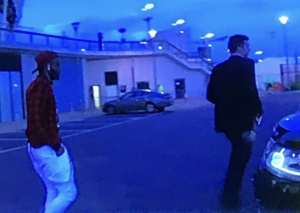 The wantaway Senegal striker met briefly with West Ham club secretary Andrew Pincher late this evening despite being told no directors were available to meet with him and there was no point in coming in.

Pincher again confirmed to the striker in person his previous phone conversation from the afternoon that no directors were present at the Stadium West Ham offices today to meet with the player and his agent Mark Mackay and there was nothing he could do for him and they have now left the London Stadium.

A Club insider insisted that the board remain united on this issue and have no intention what so ever of letting Diafra Sakho leave in the closing hours of the summer transfer window. They expect the player to report to training at Rush Green tomorrow.

17 comments on “Sakho saga continues at the London Stadium”