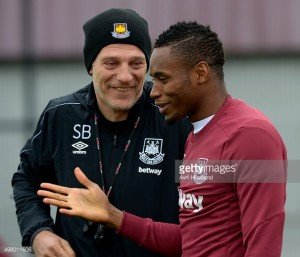 Club staff say Sakho is fitter than anyone can recall seeing him and is as again pleading with the boss to be given a run out. However,  head of medics Gary Lewin, is determined to ensure as far as possible that there is no chance of another breakdown.

He knows it’s “make or break” as he bids to make a real impact on the Premier League again and were he to fail through form or injury he would be unlikely to earn a new West Ham deal or get a move.

Our senior source said: “He looks outstanding and is in a very good place – he’s happy, smiling and looking forward to the season.”

17 comments on “Sakho to resume first team training on Monday”