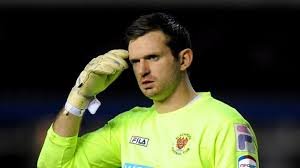 He believes we still had ourselves to blame for the defeat but that they found a stopper playing beyond anybody’s expectations.

Having seen his team go out of one of the Cup competitions the owners were looking at as one of this season’s big targets, Allardyce paid fulsome praise to Howard.

He said: ” “Sheffield United had one shot on goal in the entire 90 minutes but it’s our fault.

“There was an inspired performance by their keeper. Whatever we hit at him he seemed to save it.”