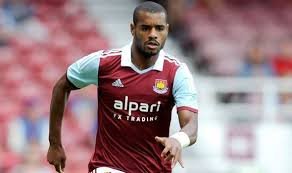 Sam Allardyce has promised  that Matt Jarvis will get games soon and that Ricardo Vaz Te may get an opportunity at Everton.

And he confirmed that both Mark Noble and Kevin Nolan “will play a big part” into tomorrow’s game at Goodison Park as revealed in ClaretandHugh yesterday (Sun).

He said: “We haven’t had the results we wanted recently but I think the performances have still been very good. We’ll play the strongest team available against Everton.”

He claims the FA Cup in a priority saying: ” That’s because of our league position. Last year it was the bottom of our priorities because we were concentrating on getting out of trouble while also being in the semi-finals of the Capital One Cup.”

He added: It’s not possible to play the best team each game because of the fatigue levels. But we’ve had four or five days rest which has helped so we can play a strong team. It’s quite strange playing on Tuesday night but it has given us a little bit of breathing space.

He told his morning press conference: “Looking at the team there won’t be too many changes. Mark Noble and Kevin Nolan will play a big part. Ricardo Vaz Te might get an opportunity and Matt Jarvis hasn’t played as much as he wants to so he’ll get a few more games soon.

← Allardyce: “No future for Reid”
Irons in dark on Song call up →
Click Here for Comments >